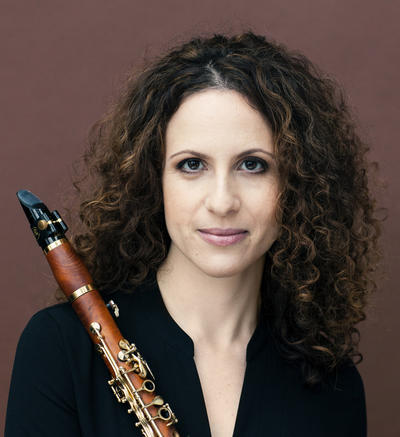 Shirley Brill is a brilliant Israeli clarinet player. She is an alumna of the Petach Tikva Conservatory in Israel, where she studied with many eminent musicians and professionals, including Yitzhak Katzap. Later, Sabine Meyer was her professor at the Musikhochschule Lübeck in Germany and, when Brill went to Boston, USA, she studied under the guidance of Richard Stoltzmann at the New England Conservatory.

Brill takes part in music festivals, contests, and competitions on a regular basis. She has performed at the BBC Proms, the Jerusalem International Chamber Music Festival, and the Festival of Radio France, as well as the Schubertiade in Austria, the Heidelberger Frühling, and the Schleswig-Holstein Musik Festival. Other notable performances have included the Rheingau Festival, the Mecklenburg Vorpommern Festival in Germany, and the Festival of Davos in Switzerland.

Throughout her career, Shirley Brill has worked with many acclaimed artists and musical groups, among them her former professor Sabine Meyer, Janine Jansen, Tabea Zimmermann, Daniel Barenboim, and Emmanuel Pahud. Brill is also a member of the Brillaner Duo, in which she plays with pianist Jonathan Aner. She has graced the stage at the Beethoven-Haus in Bonn, the Tonhalle in Zürich, Carnegie Hall in New York, and the Oriental Art Centre in Shanghai.

Brill’s activities are not limited to competitions and performances. For more than a decade, she has taught at institutions like the Hanns Eisler Academy of Music and the Barenboim-Said Academy in Berlin.